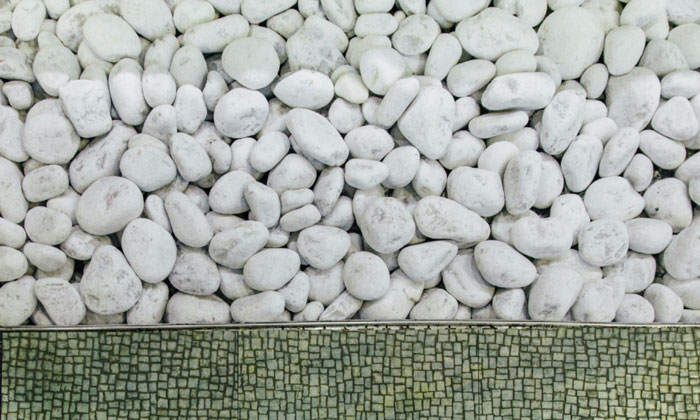 Where did the name "Whitestone" come from?

Near the end of the Bible, there's a passage that reads: 'He who has an ear, let him hear what the Spirit says to the churches. To him who overcomes, to him I will give some of the hidden manna, and I will give him a white stone, and a new name written on the stone which no one knows but he who receives it.' (Revelation 2:17 NASB)

I wasn't born with the name Whitestone, and I didn't marry into it. So how did I and the company I founded end up with the name? Well, let me tell you a story...

I went through a very difficult-but-good time of transformation in my life that included a divorce. During that painful process, my attorney asked if I wanted to change back to my maiden name. That started the gears turning for me. Our names are our identities. I no longer wanted to be known by my ex-husband's name. That wasn't who I was. Yet, returning to my maiden name felt like moving backward in life, like a regression. I was stumped.

With this thought, I was reminded of the significant Bible characters that received new names when they went through difficulties. Their new name signified a transformation process. They laid aside their old identities and stepped into new ones. Abram became Abraham. Jacob became Israel. Even in the New Testament, Saul became Paul. God gave them new names. I was stepping into a new identity. Did God want to give me a new name? If so, what would it be?

I began to pray and search the scriptures. Revelation 2:17 was already familiar to me. Years before, some friends and I had pondered this scripture and wondered what God's name for us was. Frankly, I had always interpreted it as a kind of nickname. It reminded me of the old show, Little House on the Prairie, when Pa would call Laura "Halfpint." I knew what God had told me then that His nickname for me is. Was that what I should use? The more I prayed about it, the more that didn't seem fitting. That was a name between God and me—just like the scripture says: "known only to him." So what was the right surname for me?

The white stone kept drawing my attention. In that verse, the white stone carried the name. The white stone was solid and strong. It felt symbolic, like it represented the nature, the truth of identity. Could Whitestone be a surname? I thought about other people going through the same type of difficult, but good transformations. Could this become an option for more than just me? Could Whitestone become a name signifying transformation and solid, forward-moving identity? The idea inspired me, and I knew then that Whitestone was the name I needed to step into for my future.

At the time, I could never has foreseen starting a company. I was working part-time, managing a small counseling program for a non-profit. But God has big plans, and He has been gracious to include me in them. I still had a lot of transforming to do. Step by step, with help from many people, I grew into my new name.

Eventually, God called me to start a business. Me. Really?!? That was NOT in the life plan that I had mapped out. Running a business is hard! I had opened a counseling practice once before, and I did not like the business side of it. Do you know how much regulation and PAPERWORK there is? Just the thought of doing taxes had me arguing with God for months about this plan. However, He seemed to think that His ideas were better than mine, and I couldn't talk Him out of it. So, finally I gave in, on one condition. He had to be my business partner. I named the company HSW Connections. HSW stood for "Holy Spirit Whitestone." I told God, "If I do this and fail, You are failing with me." I'm not kidding. I really said that to God. Fortunately, He did not strike me dead. I think He may have snickered, though.

Eventually, people convinced me that "HSW Connections" was not a good name and I should change it to something that described what the business does. So, a friend and I spend a couple of hours brainstorming and checking available website names and came up with Relational Wealth Builders. We thought this sounded more appealing to business people. The problem was, most people thought we did wealth management, not relational skills.

That brings us to now. The company is at a pivotal point, poised for growth. We have outgrown the name we've been using. So now, as a company, we find ourselves taking the time to ask God what He wants the name to be. After all, the business was His idea. He has blessed it to be as successful as it has been. He is the boss. So, what name signifies the transformation that we have undergone, and that we help others to experience, both personally and in business?

Well, what else could it be?

Increasing Influence, Impact and Income for our Clients: